Beef without the burps: lowering methane emissions from cattle with new feed ingredient 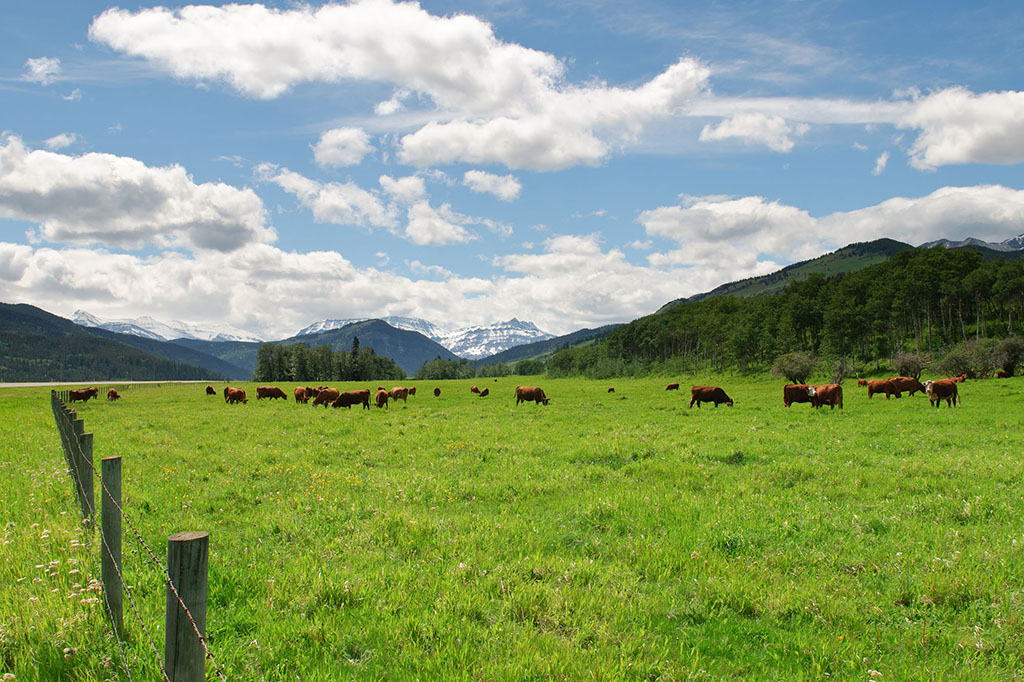 Cattle in a pasture in the foothills of Alberta Canada

Between beef and dairy, there are more than 3.5 million head of cattle in Alberta—that’s over 40 per cent of Canada’s national herd.

And, each burp releases methane, a greenhouse gas (GHG) 30 times more potent than carbon dioxide. On average, a single cow can produce 200 to 500 grams of methane a day.

The global health and nutrition company, Royal DSM, partnered with Viresco Solutions, a Canadian-based agriculture sustainability consulting company, and a consortium of Alberta agricultural partners on the project. It was completed in the spring of 2020.

“Nowhere in the world has anybody tried to measure a treatment like this at a feedlot level. Being able to measure methane release over top of a controlled group of cattle in a pen to understand the impact the additive can make has been really exciting,” said Karen Haugen-Kozyra, President of Viresco Solutions.

“We didn’t expect to see such a large reduction of methane [in this demonstration]. We are assessing why as a research team. A 70 per cent reduction in methane is really exciting,” said Haugen-Kozyra.

ERA committed $1.5 million to this $3 million project through its Methane Challenge. The project was recognized for having positive implications for the province due to the fact 70 per cent of Canada’s cattle production happens in Alberta.

Cattle were fed corn and barley along with different dosages of DSM’s additive to adjust the digestive system. The ingredient was introduced to reduce methane produced by each animal, enabling substantial reductions in emissions from Alberta’s beef and dairy industries.

Research started with younger, lighter cattle and progressed to more mature, larger cattle. Test feedlots were separated from regular feeding sites and lasers were used to measure emissions from each lot for comparison. Animal performance, health and carcass quality was also assessed to see how the product affects eating habits. That data will be part of the final report to be published on eralberta.ca.

The project included six university research centres from around the world, including the Lethbridge Research Centre in Alberta. Before the large scale demonstration project took place, two smaller trials were conducted to experiment with a small set of animals. Results showed a 30 per cent reduction in methane and improvements along with feed efficiency and performance.

“Globally there’s been a recognition that we need to be able to manage methane from cattle. We’re very efficient here in North America. In other parts of the world, cattle eat really rough stuff. The rougher the stuff, the more methane is emitted,” said Haugen-Kozyra.

“A lot of companies look at Alberta as a proving ground for technologies given the supportive, enabling environment we have, with the policy structure in place,” she added.

DSM’s feed additive is currently approved for trial purposes. The company is working on a joint approval with Health Canada and the U.S. Food and Drug Association for commercial use. Companies such as McDonalds and Cargill are a potential market. They have set science-based targets and can reduce their carbon footprint globally if deployed across their supply chains.

Over 10 years, Project Clean Cow had involved over 30 on-farm trials, and more than 25 peer-reviewed studies published in independent scientific journals.

“If future generations are to enjoy the foods we know and love, we need to move forward in ways that are farm-wise and climate-friendly. Cows provide nutritious dairy and beef products that we thrive on today—full of the high-quality protein, micronutrients and essential fatty acids our bodies need. This is the most extensively studied and scientifically proven solution to the challenge of burped methane to date,” said Mark van Nieuwland, global program head with Royal DSM.

City of Calgary to Deploy Electric Buses and Rapid-Charging Infrastructure