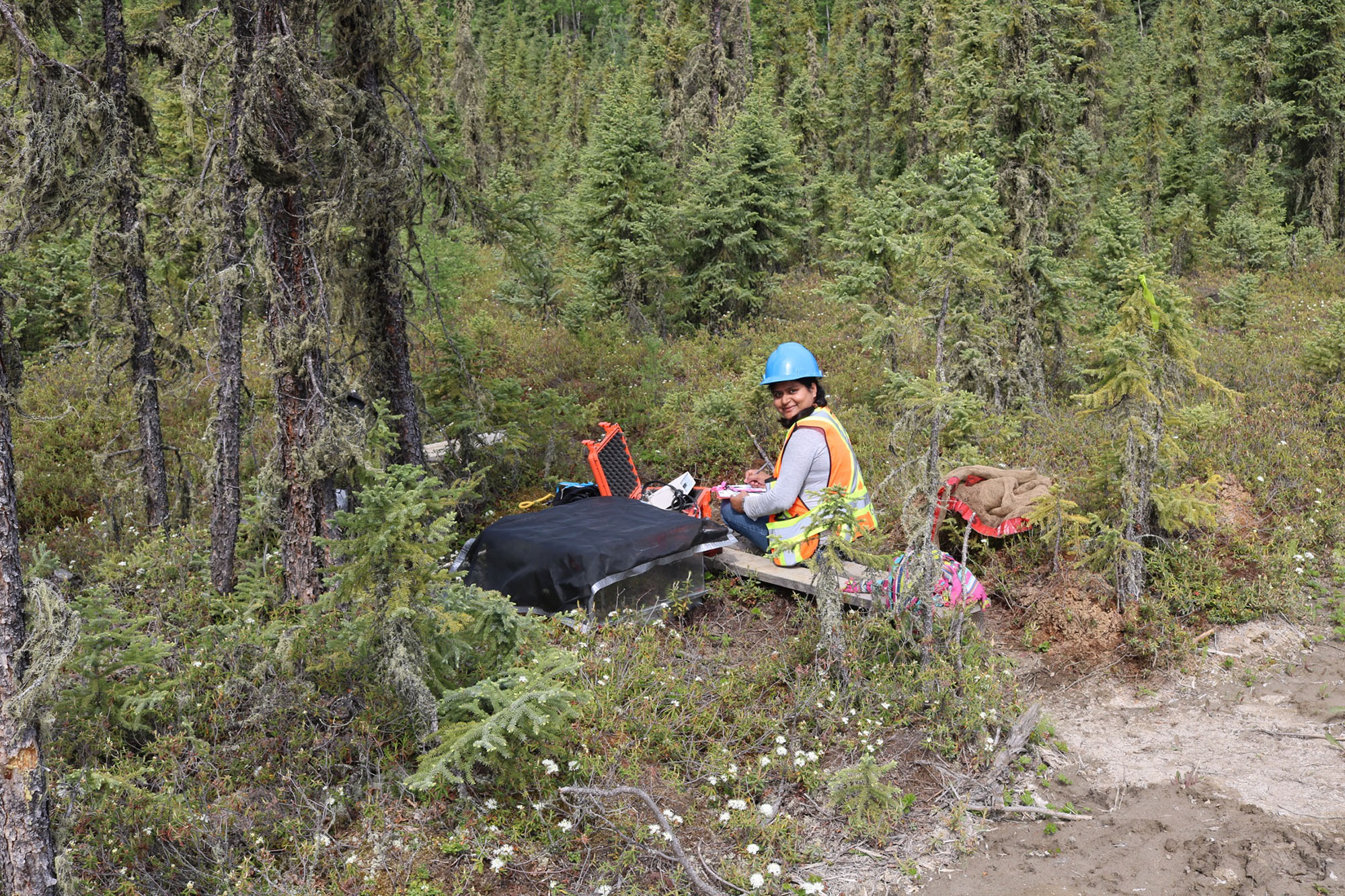 Peatlands are the largest natural carbon sinks on Earth. When damaged by development they become a major source of greenhouse gas (GHG) emissions. A new project supported by ERA quantifies what impacts roads and pipelines have on carbon and GHG emissions in these sensitive regions and proposes new techniques and better construction practices to preserve peatlands’ ability to store carbon.

The project sampled local GHG flux in summer 2016 and 2017, in both a bog and fen peatland. Dr. Strack and her team were able to monitor and calculate the movement, distribution, and management of water; what role culverts and road positioning can play; and the capacity of the area in holding carbon.

Strack and her team outline how to use culverts and road design to mitigate and manage the effect the development of roads and pipelines have on the landscape. The study also led to the development of new tools to understand GHG impacts, mapped out existing disturbances using drones, evaluated hydrological and ecological conditions, and more. 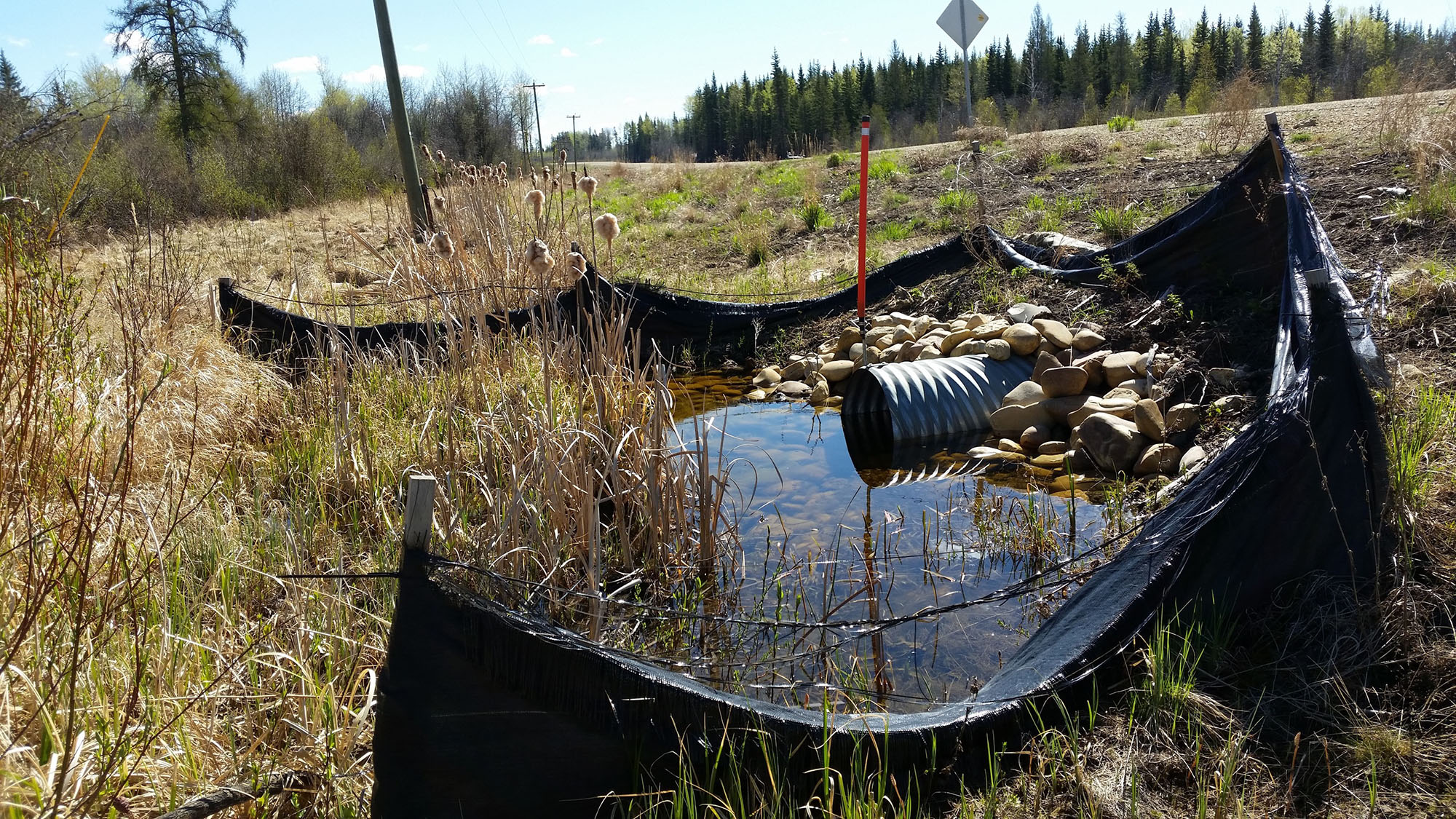 “We found that culverts are effective, to a certain extent, to reduce the hydrological impact. They can move water across the road if placed and spaced correctly. This reduces methane emissions related to flooding. We also found that culverts are not effective in reducing overall GHG impact of building roads, because a big chunk of that includes clearing of the vegetation,” said Dr. Strack.

The development of oil sands resources—largely located in the province’s boreal region—has the potential to disturb a large area of peatland through mining and well-pad construction, exploration lines, roads, and pipelines.

“If extraction and expansion continue into the boreal forest, we have to know the impacts this has on the land and its ability to remove and store carbon dioxide from the atmosphere,” said Dr. Strack. “There is now a better recognition that these disturbances do have an impact on carbon, and our results give us a way to make smarter management decisions on the land base.”

The project demonstrates that roads and pipelines can lower the carbon sequestration-potential of the peatland near the road as it removes important land cover and alters the hydrology. As road crossings were located near seismic lines, the research team seized the opportunity to use the study as an opportunity to investigate their potential impact on increasing peatland methane emissions. ERA invested $277,000 into this $556,000 project.

“We wouldn’t have gone ahead without ERA funds. These were ideas we had been thinking about for a long time, but we didn’t have the right funding partners. We had broad support for understanding land management better, but this funding helped us focus more specifically on roads and seismic lines—so-called linear disturbances,” said Dr. Strack.

To share findings widely, the project team has written a final report published on ERA’s website. They also hosted a workshop with Ducks Unlimited Canada and the Alberta Biodiversity Monitoring Institute at NAIT. The workshop was attended by over 60 participants representing various government, private, and non-profit stakeholders. A total of nine journal publications and four student theses also resulted from this project.

Dr. Saraswati was involved with the project as a doctoral researcher. She collected samples from the field, analyzed them and wrote manuscripts. The project was integral to the successful completion of her Ph.D. degree. She relished the opportunity to work with a multidisciplinary group of scientists: biogeochemists, hydrologists, soil scientists, remote sensing experts, and foresters. Dr. Saraswati is the author or co-author of seven peer-reviewed journal articles based on the project and several papers are in preparation.

“This was a great opportunity to work with a multi-disciplinary team on one of the first comprehensive studies investigating the road associated impacts on adjacent boreal peatlands, and test and recommend the best management practices,” she said. “I now know how important these ecosystems are. Peatlands took centuries to form and they are an integral part of the global carbon cycle.”