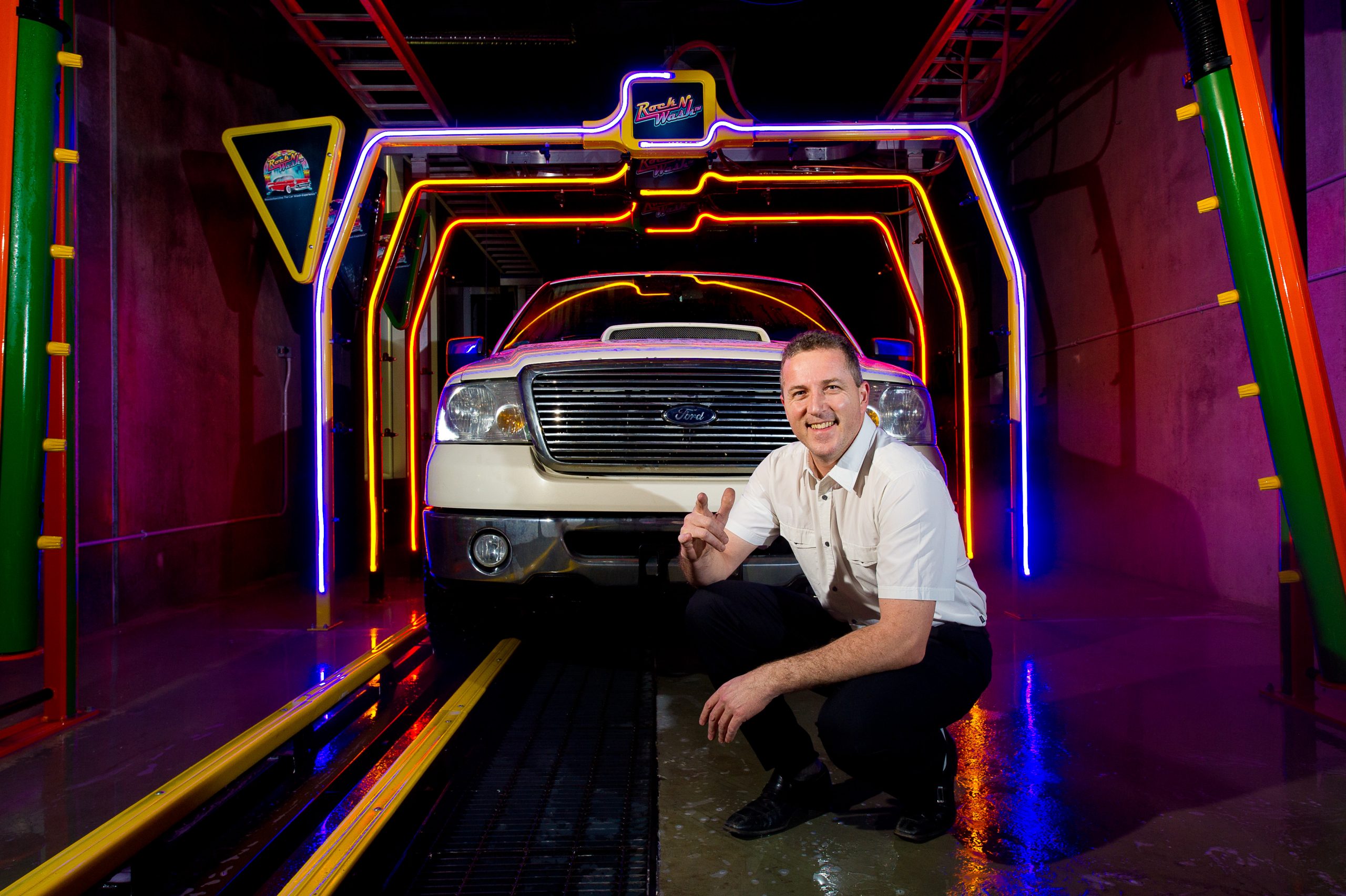 Beyond being a fun 50’s- and 60’s-themed experience, Rock-N-Wash® has found its groove by adapting high-efficiency, clean technology equipment into its retro style and in return, bringing an entirely new way of thinking and doing business to its industry.

These energy efficiency upgrades are expected to reduce nearly 9,000 tonnes of greenhouse gas (GHG) emissions and were partially funded by almost $240,000 in incentives from ERA’s Energy Savings for Business program.

Proving eco-friendly thinking is not a passing fad for the company, Rock-N-Wash® was the first publicly accessible business in the province legally allowed to use greywater when it opened its first location in 2013. The system saves millions of litres of fresh potable water a year by recycling 75 to 80 per cent of what is consumed at this site.

“When you have a 37,000 square foot building like we have, you can have a significant impact on fresh potable water and power consumption, so we decided to work with a local contracting company to design our new facility to ensure on an annual basis, we’re going to be net-zero,” said Sylvain Blouin, President and Founder of Rock-N-Wash®.

When the wash bays are not being used, sensors automatically dim the facility’s LED lighting. This reduces power consumption by up to 30 per cent. Rock-N-Wash® will also install 93 VFD’s and 94 efficient motors to help the facility operate as efficiently as possible. VFD’s ensure motors and fans are only running at the speed  they’re needed, and only at full capacity if necessary.

“We have 12 complimentary services under one development permit, so the mechanical rooms are very intense,” said Blouin. “To improve our energy efficiency, we installed VFDs on all of our motors, including our makeup air units and fan systems for air circulation.”

“A typical commercial kitchen will tap into natural gas for their stove and commercial equipment. What we did instead was connect those pieces of equipment into our solar grid,” said Blouin. “By choosing electric equipment, we are able to reduce our natural gas consumption.”