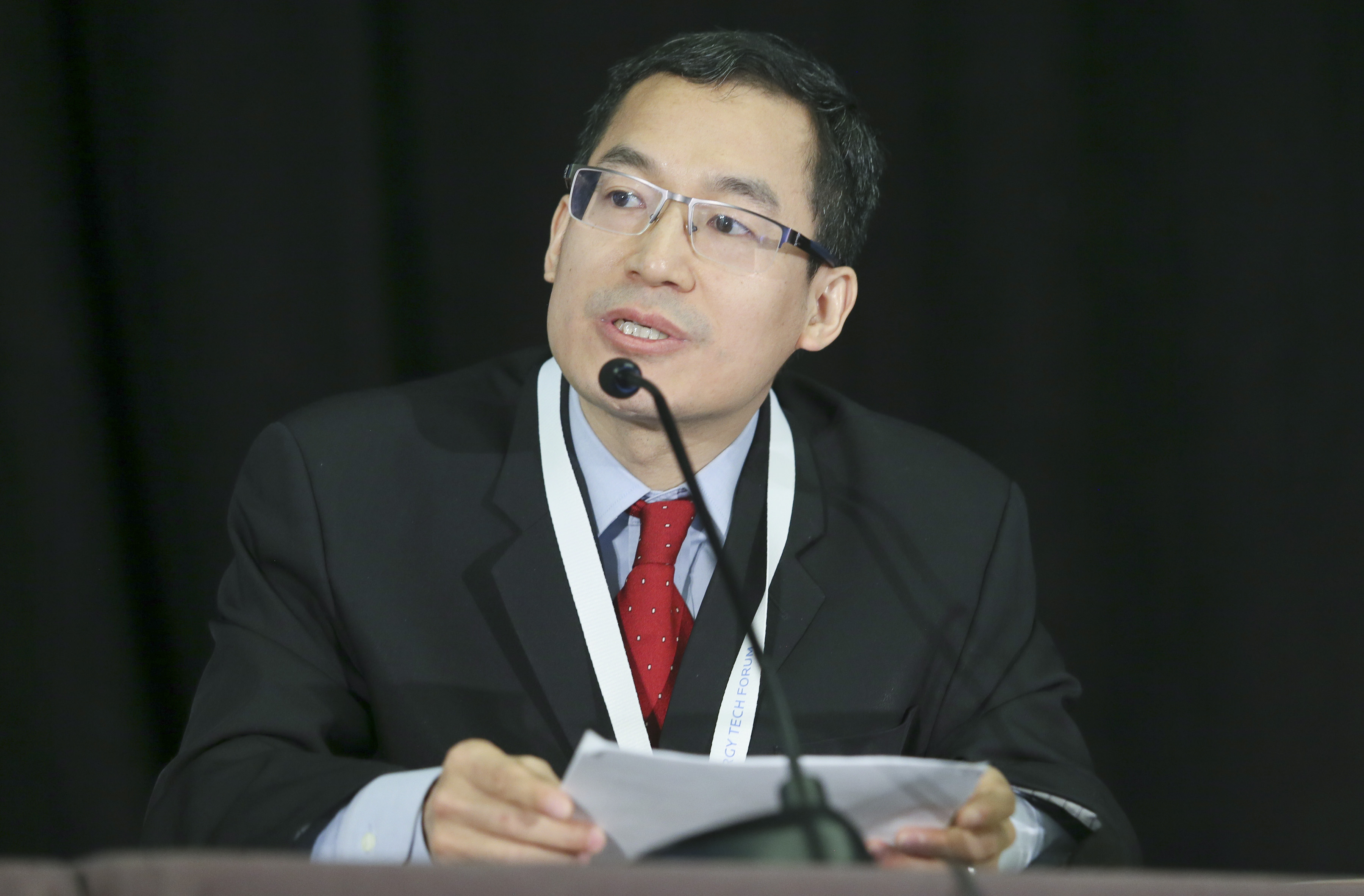 Zetian Mi, the leader for the ERA Grand Challenge project led by McGill University, speaks at the Propel Energy Tech Forum in Calgary on March 1, 2017..

The McGill project, now in the second round of the ERA Grand Challenge: Innovative Carbon Uses, is making important advances. The team has developed an artificial photosynthesis device that doubles the efficiency of harnessing sunlight to break apart both fresh and salt water, and generate hydrogen that can then be used in fuel cells.

“If we can directly store solar energy as a chemical fuel, like what nature does with photosynthesis, we could solve a fundamental challenge of renewable energy,” said project leader Zetian Mi.

The artificial photosynthesis device the McGill team created is made from widely used materials and operates with sunlight and seawater, paving the way for large-scale production of clean hydrogen fuel.

Mi is also working to remove carbon dioxide from the atmosphere and create methanol and syngas.

The work is also supported by the Fuel Cell Technologies Office of the U.S. Department of Energy.